We can find many nice, and interesting swords in our history.

There are two main groups of spathas:

It developed from the Roman gladius, the grip is very similiar with horn and wood plates. (Gladius: the short sword of infantry, which was used in Phalanx)

The spatha had wide, double-edged, longer blade than gladius, often with more fullers.

The best sword blades in this period were made by pattern-welding system.

Cavalry used this long weapon. They could reached the infantry easily with them.

The grip consruction is different from the Roman gladius, but later it was used by Roman as well.

The viking swords ancestor was the germanic spatha.

The warriors could deliver very powerful blows from above the shoulder with the single-handed, parallel-sided, double-edged spathas.

Probably they didn’t use these weapons with sophisticated technique, but they tried to achieve the maximum force.

The guard was very small, it couldn’t protect the hand. This function was developed later.

I would like to show you one spatha which was made in our workshop as a reconstruction: 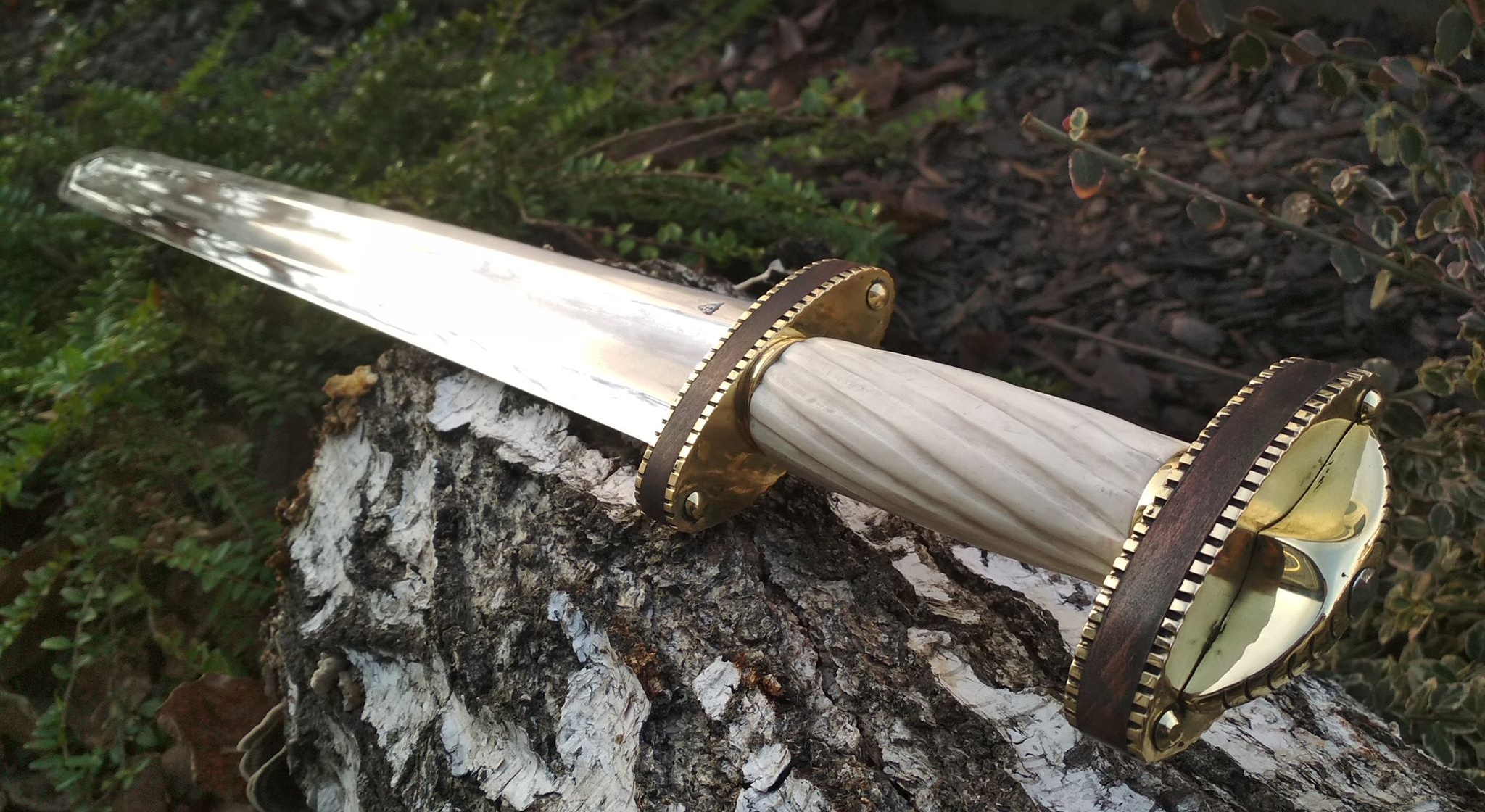 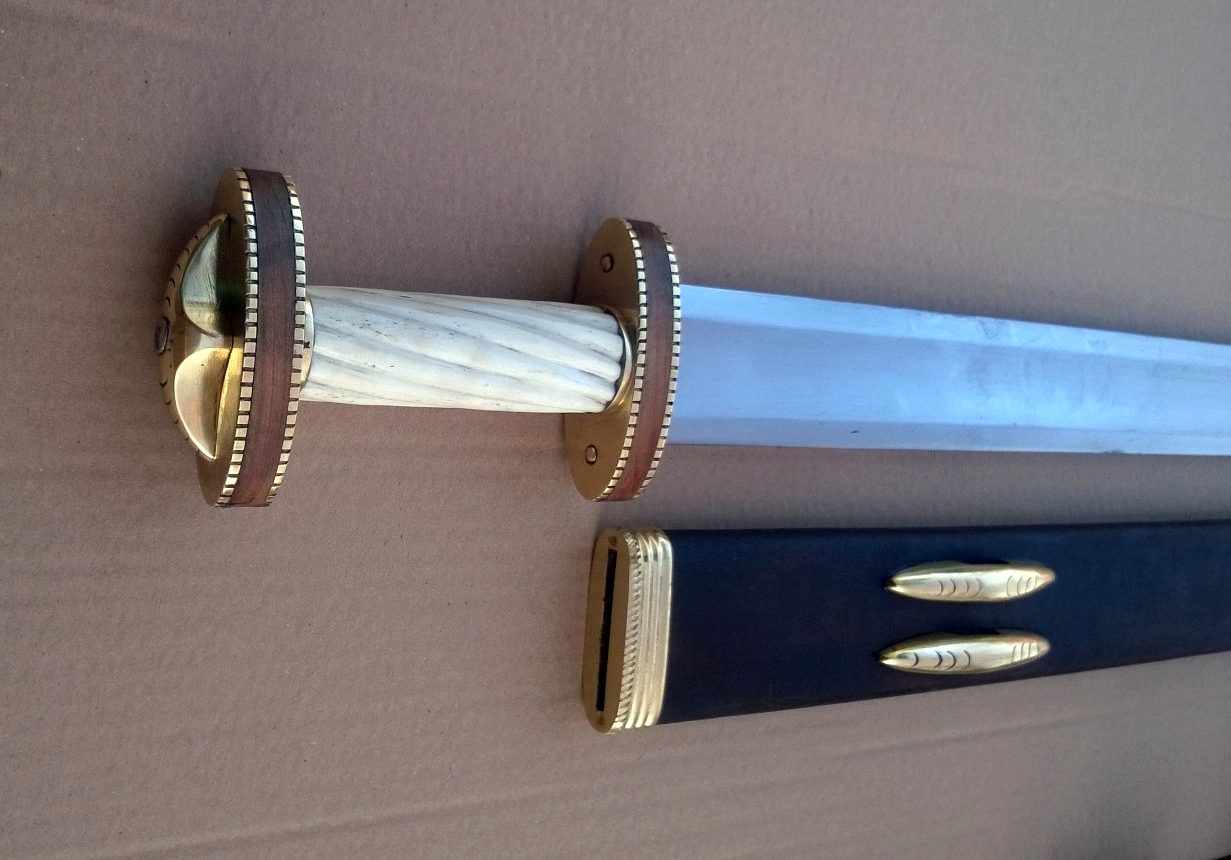